The family Cutrera have been tending and cultivating olive trees since 1906 in Chiarmonte Gulfi, in the southeast area of Sicily. The descendants of the patriarch, Giovanni Cutrera, founder of the first mill are carrying on that tradition today. His youngest son, Salvatore, with the help of other family members manages the largest and most modern mill in all of Sicily.

I first met Salvatore while attending my first Flos Olei event in Rome in 2014. This event, taking place in the late fall, heralds the introduction of the years' new extra virgin olive oils from all over the world. His imposing form, standing behind his table of extra virgin oils, belied the fact that this man was one of the nicest and kindest gentlemen I have met in the industry. 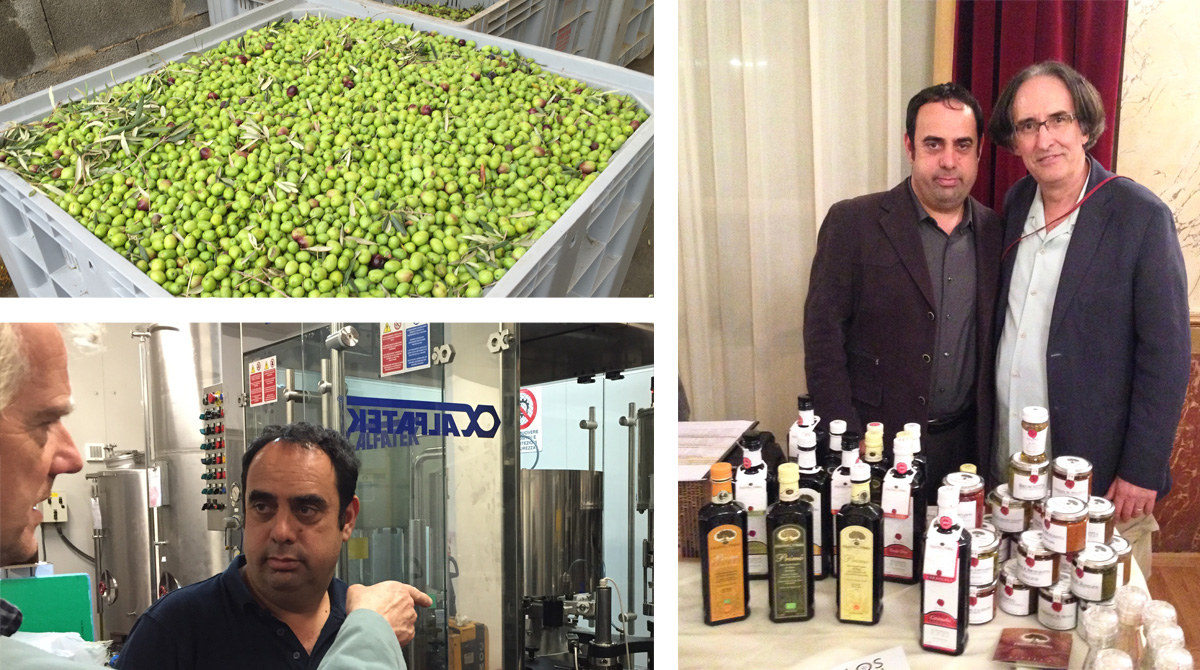 We met again in New York City in 2015 at the New York Fancy Food Show and he invited us to visit his mill during the harvest. This we did and were treated to a grand tour of the mill and olive oil tasting of the new extra virgins along with visiting his kitchens where new products, (preserves, jams and spreads) were being prepared. Everything was delicious! The Cutrera family is always looking for the latest technological advances (such as; newer and advanced machinery, storing their oils in stainless steel tanks under nitrogen to preserve freshness and health qualities, and even placing nitrogen in their bottles during the bottling process). The result is an excellent olive oil, tremendously fruity and yet with balanced bitterness and spice.

Frantoi Cutrera produces several different extra virgin olive oils both DOP and Organic and has capitalized on their experiences with different cultivars of olives to produce monocultivars and various blends of extra virgins. Receiving over 130 Awards and Recognitions over the past 12 years has rewarded the Frantoi!