The olive trees used for the production of oil are situated on the mountain slopes of the National Park Aspromonte, near the towns of San Giorgio Margeto and Cittanova. The original farm, started by the founder Dominico Fazari, before the expansion in 1992 of another 3000 young olive plants extends over 330 acres and includes 22,000 olive trees!

The company's mill, using "continuous cycle" machines and all the latest technologies assure the preservation of aromas and fragrance of the "olive juice". The olives are crushed immediately after harvesting and milled into oil very soon thereafter (a matter of hours!), thereby yielding a flavorful extra virgin olive oil with all the organoleptic features captured and preserved. The oil is filtered and placed into special stainless steel tanks with the chemical stability assured by using the inert gas Nitrogen for proper storage. 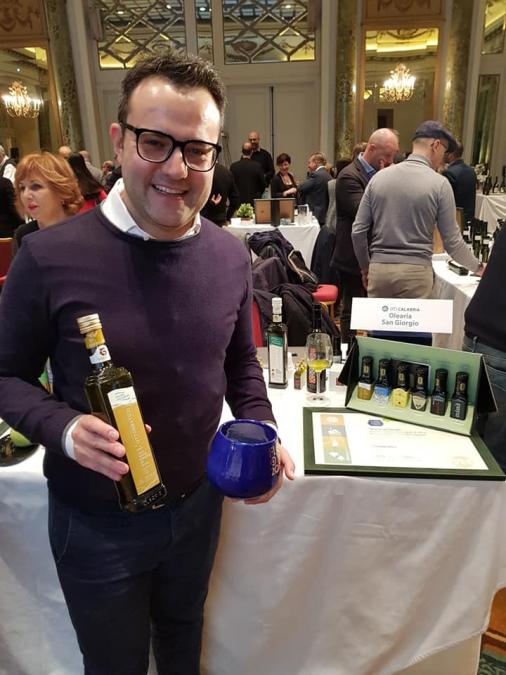 We "caught up" with Antonio and his family once again at this years "Flos Olei-2020" event in Rome in December.

L'Otobrattica has been one of my favorite cultivars over the years and with our renewed acquaintance, and "oil tasting" during the event, we were sold on this year's production!

The name Micu has a very sentimental value for the Fazari family. It was the name of Domenico Fazari, born in 1906 the founder of the olive oil farm, which in 1992 brought on the Olearia San Giorgio brother's company. In memory of grandfather Micu, starting in 2017, the farm has dedicated an ultra-premium extra virgin olive oil produced in limited quantities of 1906 pieces per year.

There are no products listed under this producer.